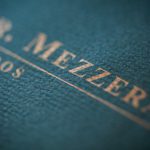 We are extremely proud of Estudio Dr. Mezzera’s history and the Firm’s prestige gained over than 110 years of outstanding legal practice.

Our Firm was founded in 1907 by Rodolfo Mezzera and Gabriel Terra, who set it up in a big house at Piedras 357 Street, between Zabala and Solís streets, in the heart of Montevideo, OldTown. In 1917, Rodolfo Mezzera was appointed to became the Minister of Public Education and, in 1924, Ramón F. Bado joined the firm as partner, while Gabriel Terra, devoted to political activities which led him to become the President of the Republic, gradually left the Firm.

A few years later, in 1935, Rodolfo Mezzera Alvarez joined the Firm. He became a renowned Commercial Law Lecturer and specialist in Maritime and Aviation Law, and had also been the Dean of the School of Law and Social Sciences of the University of the Republic. In 1950, Estudio Dr. Mezzera moved its office to Plaza Independencia, one of the most significant landmak in Montevideo. Between 1954 and 1956, César Antonio Bado and Saúl Mezzera joined the Firm as students. They both took advantage of the experience of Professor Mezzera Alvarez to continue with great affinity the work of our founder, Rodolfo Mezzera who, at 70, still engaged in full professional activities and would continue doing so for 17 years.

Shortly afterwards, Eduardo Mezzera joined the Firm, alternating his time between his legal profession and his public activity as Vice-Minister of Foreign Affairs under the Lacalle Administration. In 1978 Dr. Francisco Etcheverry joined the Firm, with whom a deep professional partnership was soon to grow. Over time, Ramón Bado, and Fernando Bado joined to the Firm too, as well as Francisco Etcheverry Jr.

In 2013, the Firm moved its current offices at Rincón 422, 3rd floor, where, more than 110 years after its foundation, we keep developing the legal practice, adapted to modern times butenlightened by the same values and professionalism.

This short synthesis has taken us panoramically through over a century through which four generations of lawyers devoted their lives with passion to what we consider is the core of our vocation: provide solutions through our legal assistance.